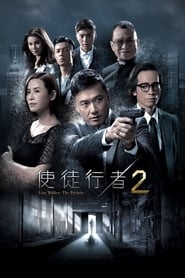 In 2010, Cheuk Hoi secretly travels to Bangkok to conduct a drug operation with his undercover agents in Thailand. However the success of the mission had cost all of Cheuk Hoi’s undercover agents to be killed in a sea of fire. Meanwhile back in Hong Kong, his good friend CIB Inspector Lai, is killed for unknown reasons, leaving Cheuk Hoi to take charge of a female amateur cop who is not yet officially an undercover. Cheuk Hoi knows that Lai Sir still has undercover agents whose identities have been deleted. To learn the truth about Lai Sir’s death, Cheuk Hoi must work with Cheng Suk Mooi to uncover and secure the remaining of his late-friend’s undercover agents while dealing with corrupt officials in the Police Force.